Could Vybz Kartel get Kim Kardashian on his legal team?

Kim Kardashian helped freed 17 inmates in 90 days as she continues to push for justice reform in the United States, but could she helped Vybz Kartel? The incarcerated dancehall star was convicted murder in 2014 and sent to prison for life with the possibility parole after serving 35 years. He and his three co-convicts have maintained their innocence and filed an appeal. The appeal trial was aired in the Appeal Court last year July. Ten months later, the four men are still awaiting a verdict in the appeal case.

Vybz Kartel fans are now asking Kim Kardashian to help him with his case although he is in Jamaica, a different criminal justice system from the United States. 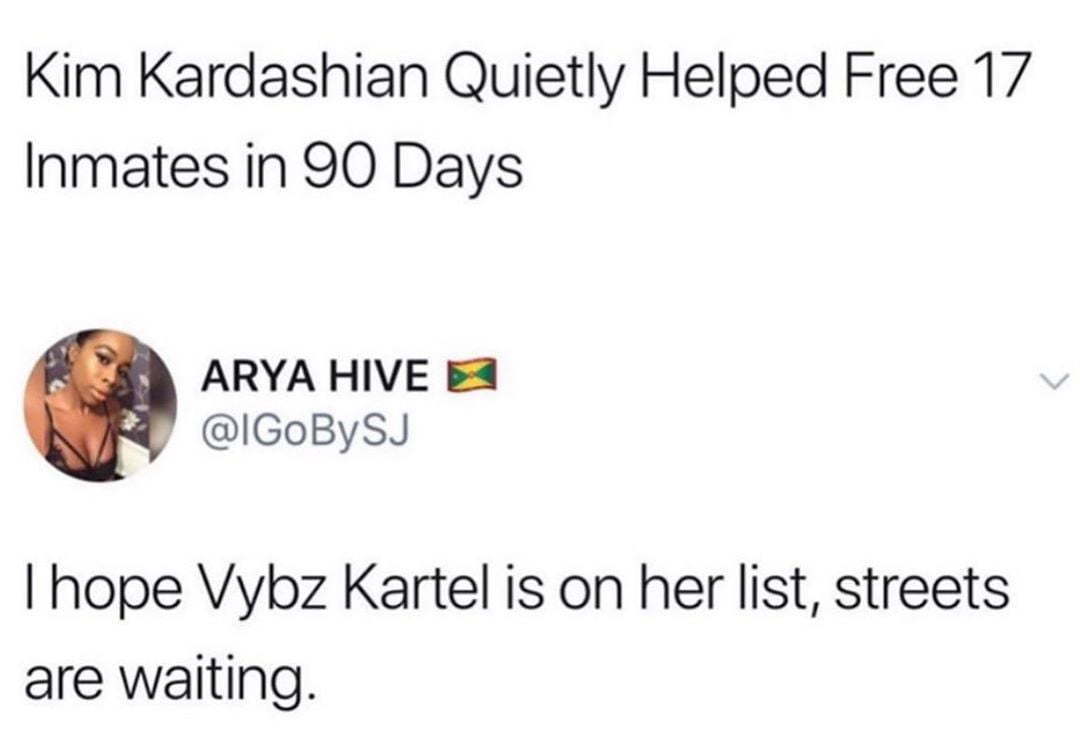 “The world owes kim kardashian money if she manages to free Vybz Kartel,” one Gaza fan tweeted. Another fan added, “I hope Vybz Kartel is on her list, streets are waiting.”

Here are some more the tweets floating around on Twitter this week. 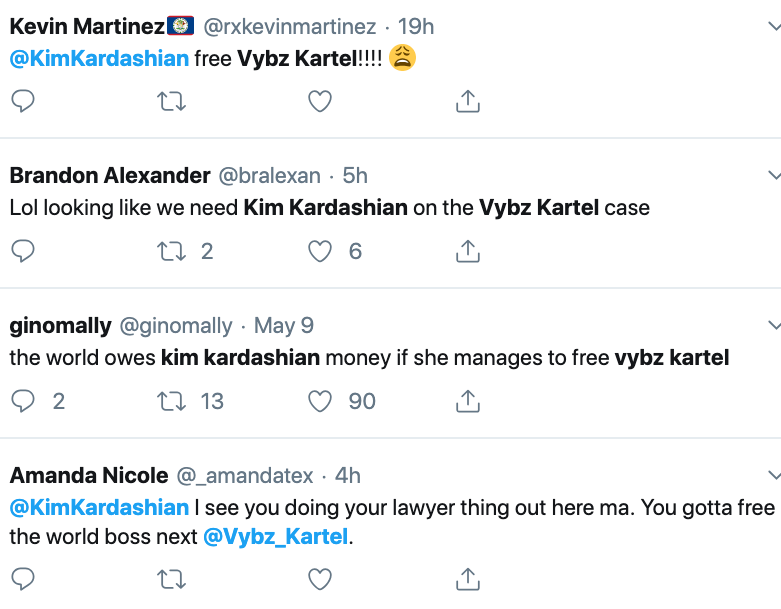 Kartel, whose real name is Adidja Palmer, recently indicated that he would take the case all the way to the high courts in the United Kingdom. The big question now is can Kim Kardashian be any assistance to him and his legal team.

Kim Kardashian and Kanye West welcomed their fourth child today surrogate, so we perhaps she won’t have enough time to fight for justice for Vybz Kartel since she will be on mommy duties.