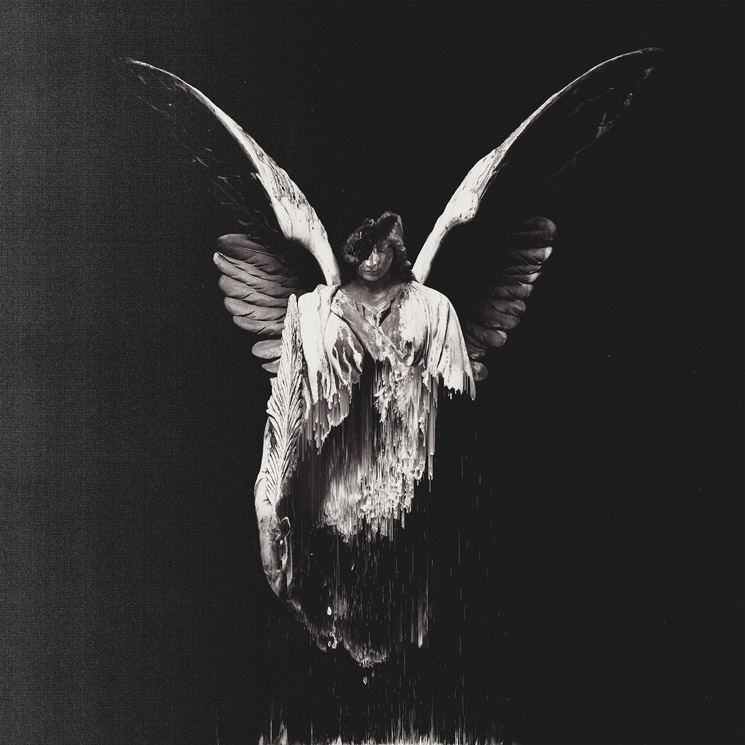 Nearly three years since they began teasing their rebirth, Underoath have unveiled their first album since 2010’s Ř (Disambiguation). Entitled Erase Me, the album will drop April 6 Fearless Records and shows both a shift in sound and beliefs for the one-time leader the Christian metalcore scene.

Both changes are showcased in the video for lead single “On My Teeth,” which you can watch now. The song — driving as it may be — leans more on a hard rock edge than previous outings, with the vocals approximating a hoarse yell rather than the throaty growl the aforementioned latest LP, though the lyrical changes may be most shocking.

The song barrels out the gate with the proclamation “Let’s get this straight / I’m fine without you / I’m not your fucking prey / So save yourself / And no one else / What you believe / Your life is a lie / Get over it,” oozing the “disenchantment with religion” some the band members have been wrestling with, according to a press release. All this is shown through the brutalized angel statue in the cover art, which is also bleeding throughout the clip.

“We’ve had success and we’ve come through a lot waters,” said drummer/vocalist Aaron Gillespie in a statement. “There’s been 11,000 things we’ve been through so you would think, almost rhetorically, ‘What do you need now?’ All us are finally in that place in our lives where the only thing we care about is inclusion for everybody — for the world. For me, exclusion is the scariest thing in the world. And I think Underoath coming back now with a new record — which none us thought was possible — we want people to know that this is your music and you can feel however the fuck you want about it. I just want to prove that we are doing everything in the most honest way we ever have. This is the healthiest we’ve ever been as a group people, as musicians, and in our worldview.”

Singer Spencer Chamberlain added, “We took a step away and then we realized that we are a family. We do miss it and we miss each other. We made the decision to never play again as Underoath and then we let that sit a couple years. Band members rebuilt themselves and their friendships — and then we rebuilt the band.”

The band wrote and recorded Erase Me over the summer 2017 with producer Matt Squire (Panic! At the Disco, 3OH!3). The album was mixed by Ken Andrews (Failure, Jimmy Eat World). It’s available for pre-order here.

Find the complete tracklisting below, while you can check out the cover art above.

Underoath’s appearance at Heavy Montreal was announced yesterday (February 21). You can also watch our interview with the band from their “Rebirth Tour,” during which they played They’re Only Chasing Safety and Define the Great Line in full.

For now, watch the video for “On My Teeth” in the player below that tracklist.