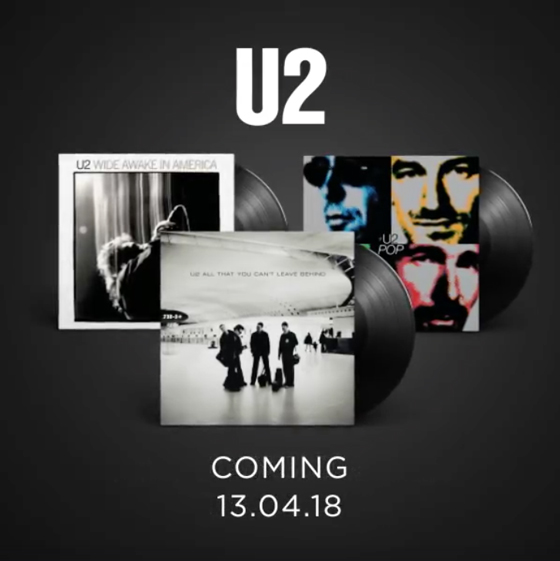 Though U2 may be putting their weight behind their recent album Songs Experience as late, the band are set to bring three past releases back to vinyl this April.

The band have revealed plans to reissue their 1985 EP Wide Awake in America, their 1997 album Pop and its 2000 follow-up All That You Can’t Leave Behind. All three releases have been remastered and will arrive on 180-gram wax on April 13.

While Wide Awake in America remains a relatively common find in record crates, the reissue announcement marks the first time Pop and All That You Can’t Leave Behind have been pressed to vinyl since their respective original releases. Original pressings each currently command three-figure sums on resale sites such as Discogs.

The Wide Awake in America, Pop and All That You Can’t Leave Behind reissues can be pre-ordered MusicVaultz.