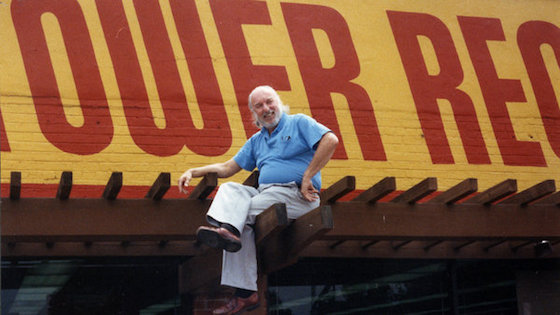 Russ Solomon, founder Tower Records, has passed away. He was 92 years old and died yesterday (March 4) after suffering a heart attack.

The Sacramento Bee confirmed the news after speaking with Solomon’s son Michael Solomon. In an all too relatable turn events, Michael confirmed that his father died while sipping a beverage and roasting people’s outfits during the Academy Awards.

“Ironically, he was giving his opinion what someone was wearing that he thought was ugly, then asked his wife] Patti to to refill his whisky,” Michael said. In the time that Patti had left the room, Russ suffered a heart attack and passed away.

After starting a career in the music business by selling records in his father’s drug store, Russ Solomon founded Tower Records in Sacramento in 1960. Over the decades, the chain grew into a global superpower, operating stores in various countries across the globe and bringing in an estimated $1 billion USD in annual revenue.

In 2004, however, Tower Records declared bankruptcy in North America and closed all its locations in 2006. To this day, Tower still operates in Japan, however, with various stores still open across the country.

Its rise and fall was chronicled in the Colin Hanks documentary All Things Must Pass.