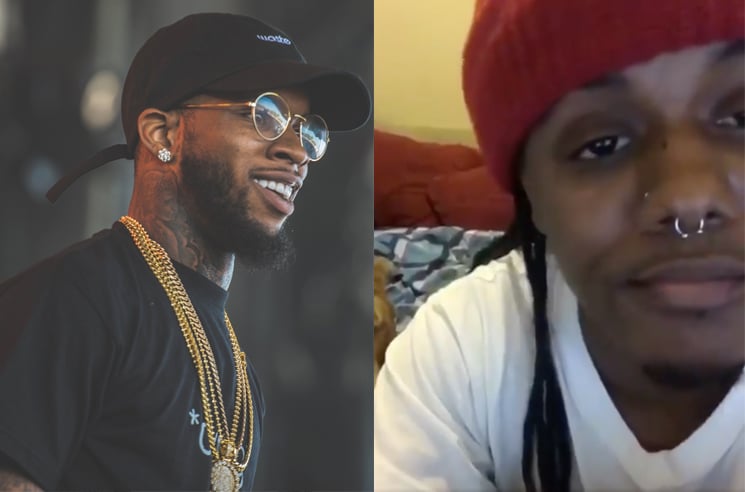 Taking to Twitter today, VI Seconds posted a video highlighting the similarities between Lanez’s album cut “Hate to Say” and his own track “3:30AM,” writing, “did Tory Lanez bite my shit or nah?! I feel like this shit is too similar bruh.”

His video, which can be viewed in the player below, focuses on an instance glaringly similar flow, lyrics and vocal delivery. While both tracks share production from Bobby Made the Beat, “3:30AM” arrived in 2016 as part VI Seconds’ Demigod mixtape, two years before “Hate to Say” appeared on Memories Don’t Die.

It isn’t the first time listeners have accused Lanez lifting from other rappers. Upon the release his I Told You LP in 2016, many remarked how the ending Lanez’s “4am Flex” was reminiscent Kendrick Lamar’s “The Art Peer Pressure” when it came to the track’s feel and vocal delivery.

Memories Don’t Die is out now through Mad Love/Interscope and can be heard in its entirety here. You can compare ”Hate to Say” and “3:30AM” for yourself in the players below.