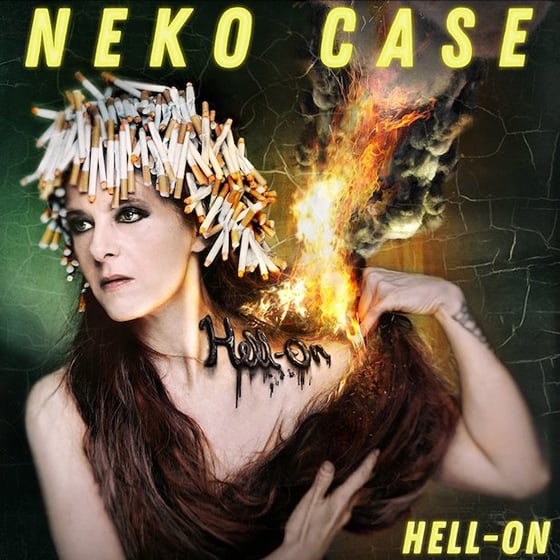 While we’re known to round up the worst album art at the end each year, an early contender has emerged three months into 2018 courtesy Neko Case.

The artwork for Case’s forthcoming solo LP Hell-On, as you can see above, is absolutely wild. Is she about to compete for a Guinness World Record with all those cigarettes? Was the smell burning human hair not bothering her in the moment? What about that stick and poke gone wrong on her collarbone?

Hell-On runs 12 tracks in length, and you can see the album’s tracklist below.