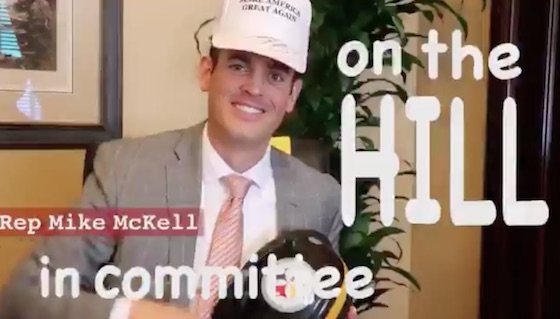 Eventually every semi-pressional, goy adult thinks it’d be a great idea to deliver a hokey rap video in an attempt to reach the youth. But the Utah House Representatives have taken the genre conservative dork rap to the next level, releasing the magnum opus cringe-worthy hip-hop videos.

As first observed by Robert Maguire, a group politicians have parodied the Fresh Prince Bel-Air song to describe how a bill is made. Their version is simply called “Fresh Prints Bills Here.”

The janky Photoshop at the start the video suggests this will be a disaster, but what follows goes beyond comprehension. Each politician raps as if they have just discovered human speech patterns, fering alien-like delivery truly embarrassing one-liners. Their rhythms are all over the place, and each clip is somehow more inept than the last.

You can’t dress up political jargon in a hip-hop song, although these embarrassing people certainly tried. It’s an uncannily bad video, so much so that it deserves our respect.

Face your fears and watch the whole thing below.