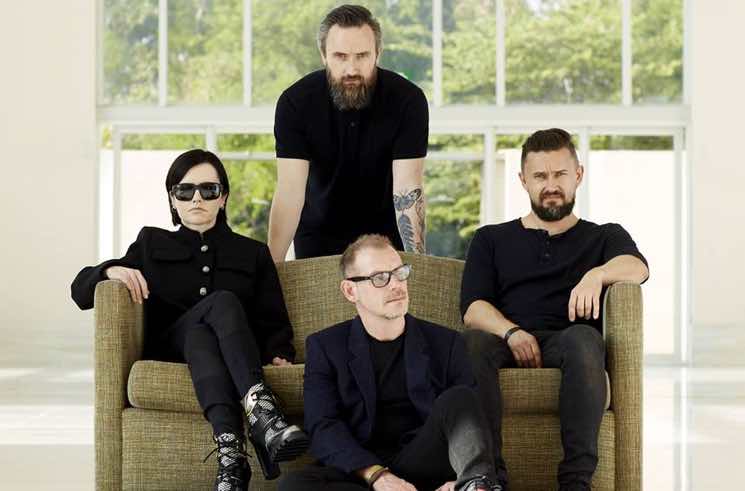 The Cranberries suffered a major loss with the death frontwoman Dolores O’Riordan earlier this year, but the band have now revealed plans to release an album they recorded with the singer before she passed.

Firm details have yet to be announced, but the surviving band members issued a statement today, saying, “All going well, we hope to have this new album finished and out early next year.”

Before the posthumous material sees release, though, the Cranberries will be toasting their 1993 debut album Everybody Else Is Doing It So Why Can’t We with a special 25th anniversary edition.

“We can confirm that since last summer the band had been working with Universal Music on the creation a very special 25th anniversary edition the album, a newly remastered version with previously unreleased material ours as well as other bonus material from the era our debut album,” the band revealed.

They also noted that plans for the anniversary record got underway last summer with the intention releasing it in time for its March 1 anniversary, but the band put it on hold after O’Riordan died.

“In recent weeks we revisited this,” the band added. “After much consideration we have decided to finish what we started. We thought about it and decided that as this is something that we started as a band, with Dolores, we should push ahead and finish it. So that’s the plan, to finish the project and get the special 25th anniversary edition album out later this year.”

Stay tuned for more details the upcoming releases as they become available.

As previously reported, O’Riordan died suddenly at the age 46. She had been in London for a recording session at the time. Police later ruled the death was not suspicious.