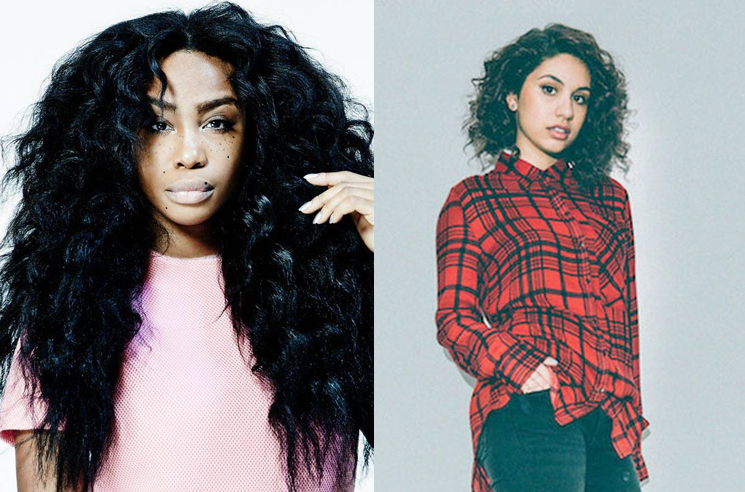 Back in January, Alessia Cara captured a Grammy Award for Best New Artist, beating out SZA, Lil Uzi Vert, Khalid and Julia Michaels for the title. While Cara had plenty critics who she felt compelled to address after her victory, SZA has made it clear that there aren’t any hard feelings.

Speaking with GQ about her own experience at the awards show, the TDE artist admitted that she was “mad as hell” after not winning any the five awards she was up for that evening, though her feelings have changed a month on.

“We reached a billion streams on Spotify. The United States fucks with my songs,” SZA said. “We’re changing little girls’ lives across the world, and we didn’t even know what we were doing when we started. This is something much bigger than me and a fucking trophy. I’m appreciative the opportunity. But shit happens.”

SZA noted that a friend had shown her Cara’s statement after the awards ceremony.

“If anything, I feel compelled to express that I really, really fuck with Alessia Cara,” she said. “She’s beautiful as fuck, her voice is like water, it’s like milk, I think it’s gorgeous. It has so much dimension, and she deserves every accolade that she gets. And people can’t be mad. I don’t give a fuck when her album came out! She sounds great right now! So, like, it’s over. You have to just move over and be grateful for the shit that did happen in your favour.”

Cara was the lone female artist who won her award during the televised portion the 2018 Grammy Awards. Only 17 percent the total awards handed out this year were given to women or groups featuring a woman, with other estimates coming in at even lower numbers.

At the start this month, the Recording Academy announced the formation a task force to combat bias against women. The move was made after Recording Academy president Neil Portnow said women “need to step up” in order to be recognized on a greater level by the industry. He later attempted to clarify his comments after receiving a great amount backlash.

A petition calling for Portnow to resign following his comments now has over 31,000 signatures.