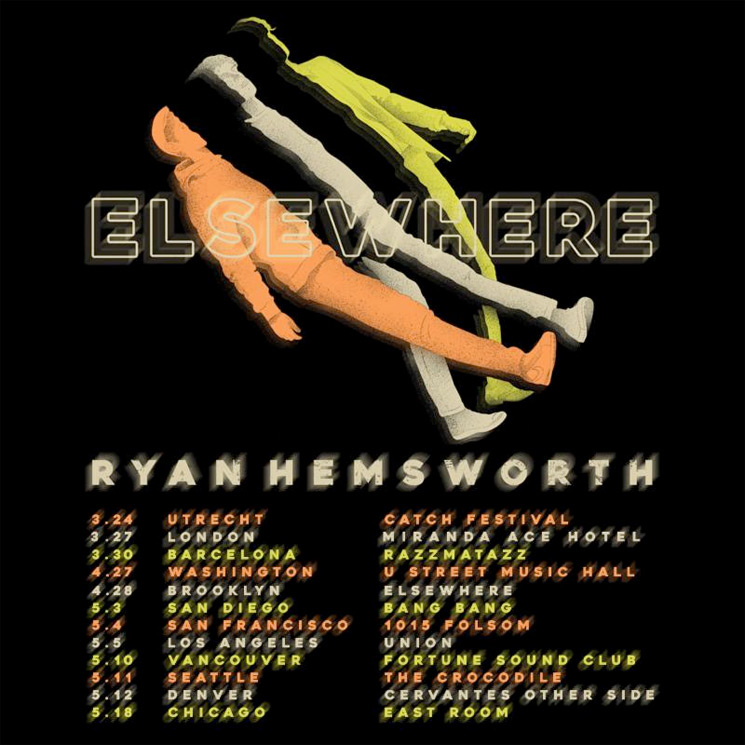 After kick-starting 2018 with “Four Seasons,” Ryan Hemsworth has returned to treat the NewAgeMuzik-equipped track to some visuals. What’s more, the Canadian producer has announced a series globe-trotting tour dates in support his upcoming third album Elsewhere.

As a press release explains, “‘Four Seasons’ sees both Hemsworth and NewAgeMuzik forcing each other out their comfort zones to find common sonic ground, and the result shows f the best elements their respective styles.”

You can now see how that plays out alongside some party-appropriate visuals below.

As for that roadtrip, Hemsworth will be kicking f his “Elsewhere” tour later this month. And while it starts over in Europe, it will eventually make its way to North America for a series dates, including one in Vancouver on May 10.

You can see the entire schedule below.

So far, few details have been revealed for the Elsewhere album, but it will include “Four Seasons.” The album will mark Hemsworth’s first proper studio effort since 2014’s Alone for the First Time.