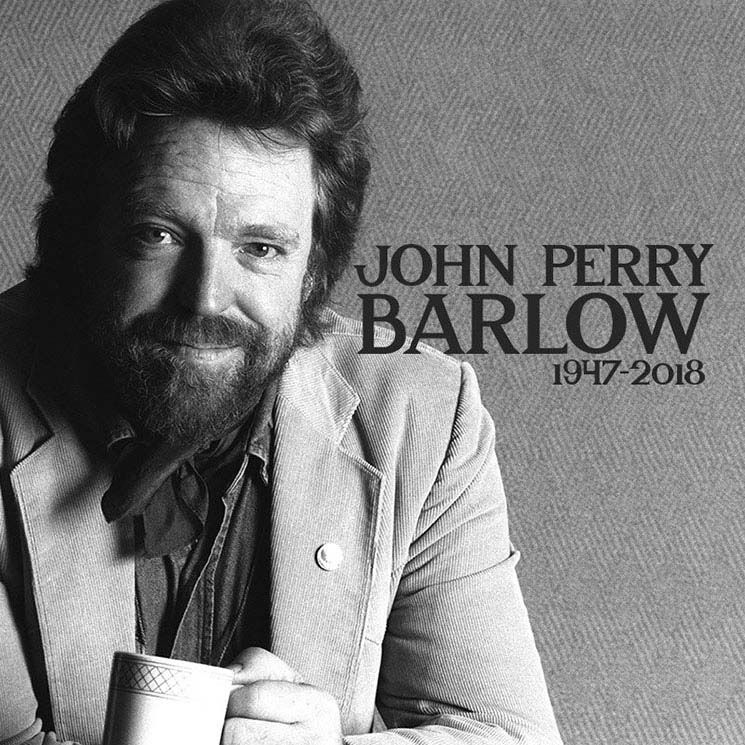 John Perry Barlow, known as a lyricist who wrote the words for some iconic Grateful Dead songs, has died. According to a statement from his digital rights non-prit Electronic Frontier Foundation, the 70-year-old passed away on Wednesday (February 7). No exact cause death has been given, but he apparently “passed away quietly in his sleep.”

Barlow was a school friend the Grateful Dead’s Bob Weir when they were teenagers. They later began collaborating in the early ’70s after Weir fell out with his go-to lyricist at the time, Robert Hunter. This led to Barlow penning the lyrics to tunes like “Cassidy”, “Mexicali Blues,” “Black-Throated Wind,” “Looks Like Rain” and more.

Barlow is listed on the Dead’s website as a band member; as press time, the main page the site features a tribute image honouring Barlow. He was not, however, inducted into the Rock and Roll Hall Fame along with the rest the band in 1994 (although Robert Hunter was).

Weir posted the following tribute tweet for Barlow:
Barlow was also an online activist. The obit from Electronic Frontier Foundation reads, “It is no exaggeration to say that major parts the Internet we all know and love today exist and thrive because  Barlow’s vision and leadership. He always saw the Internet as a fundamental place freedom, where voices long silenced can find an audience and people can connect with others regardless physical distance.”

Barlow was also involved involved in politics helped campaign for Dick Chaney back in the ’70s. He later questioned Chaney over America’s invasion Iraq, and he condemned Donald Trump. He co-founded the Freedom the Press Foundation.