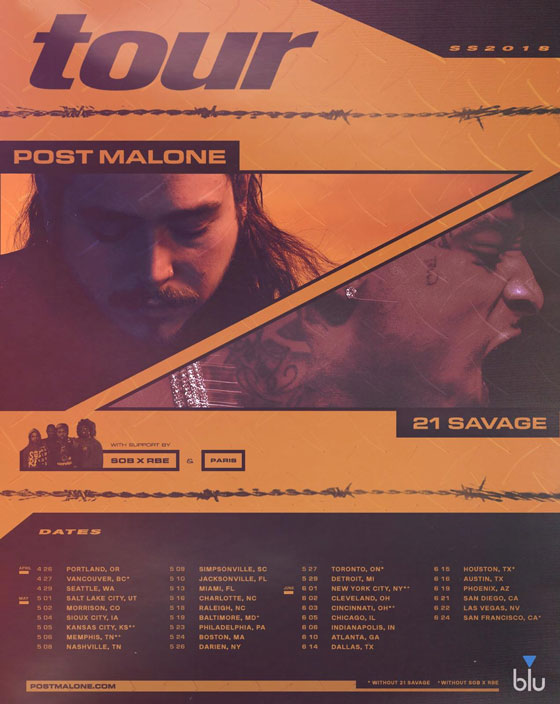 After scoring a hit with “Rockstar” last year, Post Malone and 21 Savage are set to keep their collaborative streak going with a new North American tour.

Two Canadian dates are included on the trek, bringing the bill to Vancouver’s Rogers Arena on April 27 and Toronto’s RBC Echo Beach on May 27. However, 21 Savage will not appear at either stop north the border.

Tickets are set to go on sale to the public on Friday (February 23) at 10 a.m. local time.

Find a complete tour itinerary below.