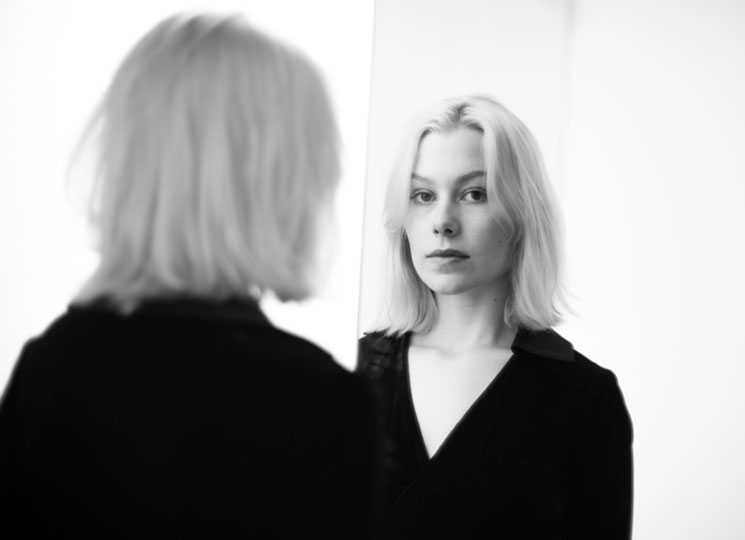 Phoebe Bridgers released her debut album Stranger in the Alps last year, and despite the fact that she didn’t tour around its release, the record landed on plenty year-end lists. She’s finally set to take the album out on the road for her first-ever headlining tour — but fans needn’t worry about the upcoming shows being sombre affairs.

Over the phone from Silver Lake, L.A. (where she readily admits she’s not wearing pants), Bridgers tells Exclaim! she’s going “full-on” with a band for the tour. It’s perhaps a surprising move for an artist whose record is so incredibly personal. Stranger in the Alps has garnered as much attention for how good it is as it has for how sad it is — and Bridgers understands that assessment, even if she doesn’t fully agree with it.

“I don’t think myself as a sad person necessarily,” she says. “Whenever I write songs, it’s my outlet for a certain feeling. I just don’t as ten feel compelled to write when I’m not really sad about something, or wanting to sort through something dark.”

In addition to her own experiences, Bridgers’ raw, gut-wrenching songs were also influenced by external factors. She’s quick to cite Elliott Smith and her friend Julien Baker — both artists with similar reputations for melancholy — as some her favourite singer-songwriters, but also as examples how to present deeply private songs to other people.

“It’s just the music I gravitate to when I’m listening, so it’s not really hard for me to put it out, even though it’s so personal,” she says.

But Bridgers is learning that sharing such intimate emotions and experiences comes loaded with responsibility. “If you’re saying you’re epically depressed in a song, you better be able to back it up,” she says. “You better be able to talk about it in a smart way with someone who comes up to you after a show and is looking for help.”

She admits that she consciously addresses issues like depression when they’re “heavy on my mind,” as a way keeping her music honest, but she’s still taken aback when people share their own struggles with her.

Someone at a recent show told Bridgers that their boyfriend had died from a heroin overdose a month earlier, and her album had been helping them through it.

While she’s willing to openly discuss mental health and provide support for people during periods emotional distress, but she is concerned about the increasing commodification depression.

“Forever 21 probably has a shirt this year that says ‘SAD GIRL.’ It’s so romanticized and so kitschy,” Bridgers says. She can handle her music being called sad, but she doesn’t want it to seem like a gimmick. “I didn’t want it to come across as lazy songwriting, listening to me be like, ‘I’m soooo sad, blah blah blah.'”

Phoebe Bridgers plays Montreal, QC on February 27, Toronto, ON on February 28 and Vancouver, BC on April 24. Find her complete tour dates here.