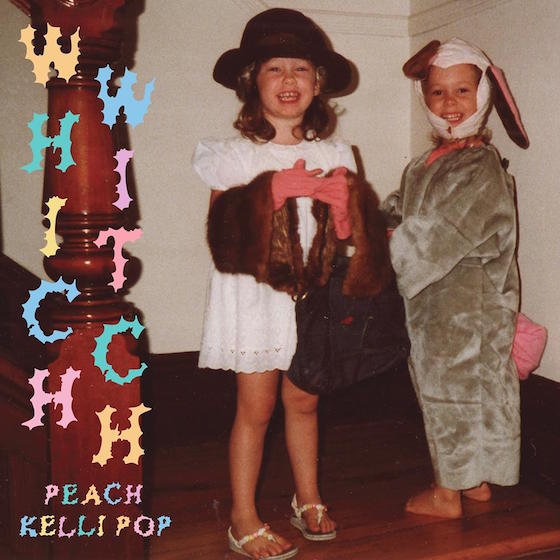 It’s been two long years since Peach Kelli Pop released her Halloween Mask EP, but that will change soon with plans for a new six-song release called Which Witch. Though she’s still based in Los Angeles, the release sees the artist born Allie Hanlon returning to her Canadian roots in more ways than one.

For starters, the release will mark the first Peach Kelli Pop record to arrive through Mint Records. They’ll drop the release on a limited colour 7-inch as a Record Store Day exclusive on April 21.

Secondly, the release saw Hanlon return to her Ottawa roots, recording all six songs in her childhood bedroom over the Christmas break. “I really benefited from being in the specific home, and even room where I learned to play music when I was growing up,” she said in a statement.

Peach Kelli Pop is previewing the release with a new music video for the song “Crooked & Crazy.” Originally premiering on What Youth, you can stream the video in full below.