This year’s Air Max model is appropriately named the Nike Air Max 720 thanks to its air max unit which wraps all the way around the midsole. It’s kind of like the Air Max 720, although the air max unit on that shoe can only be found on the back heel. Ultimately, the Air Max 720 is an interesting progressive move forward for the line and has been turning some heads and garnering rave reviews. With this in mind, there is absolutely no shock that Nike would not only want to release new colorways but also create some new designs for the upper.

Usually the upper of the shoe has a solid or gradient color scheme, although this particular model has what’s being described as a gradient pixel upper. Starting near the base of the shoe, there are visible white specks on top of a black upper. As you go up the shoe, the pixels become less and less visible until they disappear altogether. Meanwhile, the midsole of the shoe comes in a translucent royal blue.

According to Sneaker News, these will be dropping in May and will cost the standard Air Max 720 price of $180 USD. 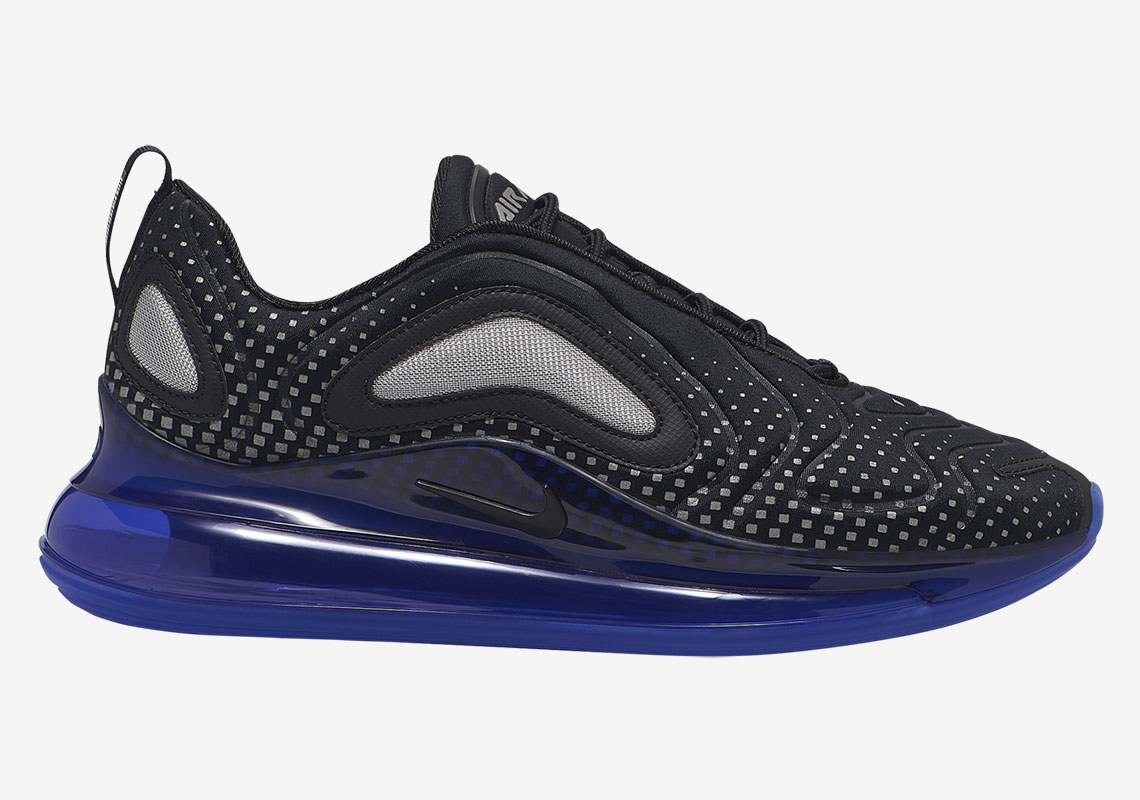 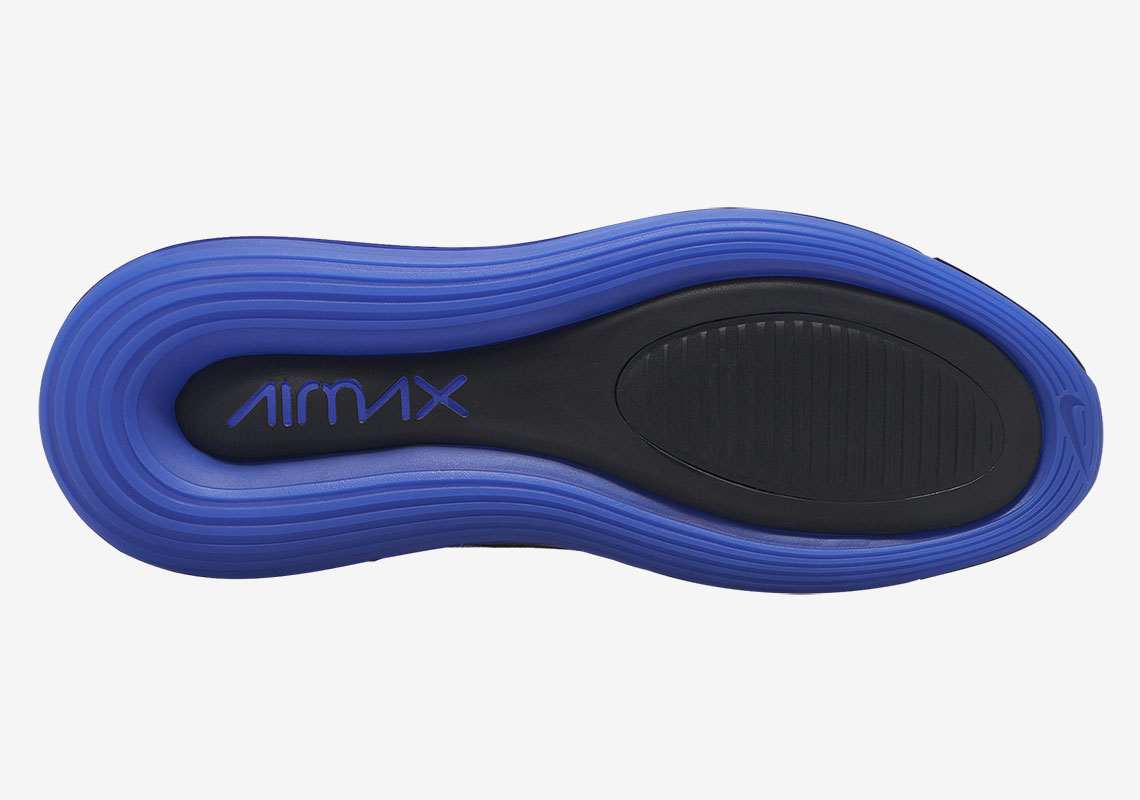