FEATURED NEWS
Place Your Bets: Who Will Win The Challenge: Double Agents?
READ 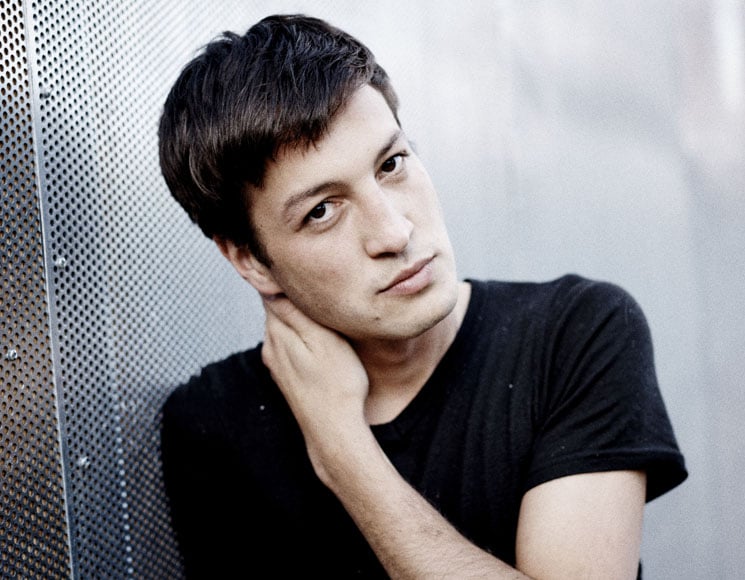 There is nothing like some personal trauma to fuel the muse a songwriter. Acclaimed New Zealand troubadour Marlon Williams can attest to that, and the results are etched deeply into the grooves his new album, Make Way For Love.

The catalyst for the new record was the end Williams’ relationship with Aldous Harding, another Kiwi singer/songwriter starting to make a splash on the world stage. On the phone from his hometown Lyttelton, NZ, Williams tells Exclaim! “This is a very personal record. There is something necessarily therapeutic about the writing process, and it felt like it was necessary for me to work a few things out for myself. For the first time in my life I really needed music. I needed my own process creation as a way dealing with something.”

While reticent to share details his relationship’s end, Williams says he’s okay with Make Way For Love being termed “a breakup record.” “In one sense, it is a little reductive, but all sorts labels are reductive, so I’m fine with  that one.”

His personal situation meant that these songs flowed freely and quickly, resulting in a sound more focused stylistically than the freewheeling eclecticism Williams’ earlier material.

“I think it is more consistent, just because the nature the subject matter, and the fact that I wrote the songs all at once,” he agrees. “There is no guarantee it will stay that way though. I don’t see any benefit in an artist trying to define their own sound. It can be useful in a communicative sense between listeners. I do that as a listener, but not as a writer.”

All the material on Make Way For Love is original, whereas his self-titled debut, and earlier recordings with kindred spirit Delaney Davidson, as well as live performances have featured covers by writers as diverse as Canadian Bob Carpenter, Billy Fury, Hank Williams and Screaming Jay Hawkins.

Look for further reinterpretations in the future. “I’m still not over that. There are a few new songs I want to cover. There are so many reasons for that, like the love the song, a desire to expose people to it, and a desire to blur the line between songwriter and singer too.”

In conversation, Williams comes across as a genuine music lover. “I find watching all kinds music pretty inspiring, even bad music,” he stresses. “There is something to learn from anything you see. From a personal music appreciator level, I’m always excited if there’s a band I really want to see on the bill or I’m playing with one my heroes. The geek in me gets pretty excited.”

The purity and range his soaring voice reflects a youth spent in choirs, with a love roots music coming later. “I grew up listening heavily to a lot Roy Orbison and was heavily influenced by the openness that kind singing. That probably came from my choir and classical background as well.

“My dad introduced me to country music around the time I was getting the urge to try to write. I had just been given a Hank Williams box set and that just seemed a very straightforward way communicating. It was a mode writing that was somewhat in my remit at that time and at that age.

“But then there was also the very varied roots music thing coming up in Lyttelton at the same time. It streamlined things for me, making it an easy world to go into.”

The music scene in the small port town Lyttelton is astonishingly fertile, boasting the likes Williams, Harding, Davidson and other emerging talents. It has drawn comparisons to the ’80s scene in Dunedin, NZ, (a city to the south) that fuelled the Flying Nun label and sound.

“I’m not sure if there is a consistency styles here in the way the Dunedin sound has,” Williams ponders. “There is too much variety within the scene itself here to be able to pin it down like that. Though maybe if you ask Martin Phillips leader the Chills] he’d have said the same thing.

“There is a lot love in this community, and the artists are amongst my best friends. It is really rewarding seeing many my friends enjoying success too. It feels like there is a good breadth talent here.”

Another Kiwi talent who is a good friend is transplanted Canadian roots songstress Tami Neilson, and the pair have collaborated on some winning duets on their albums. “She is just a ball lovely energy. It is always a happy day when you work with Tami,” says Williams.

Make Way For Love comes out February 16 on Dead Oceans. Catch Williams live in Montreal, QC on March 5, Toronto, ON on March 6 and Vancouver, BC on March 29.