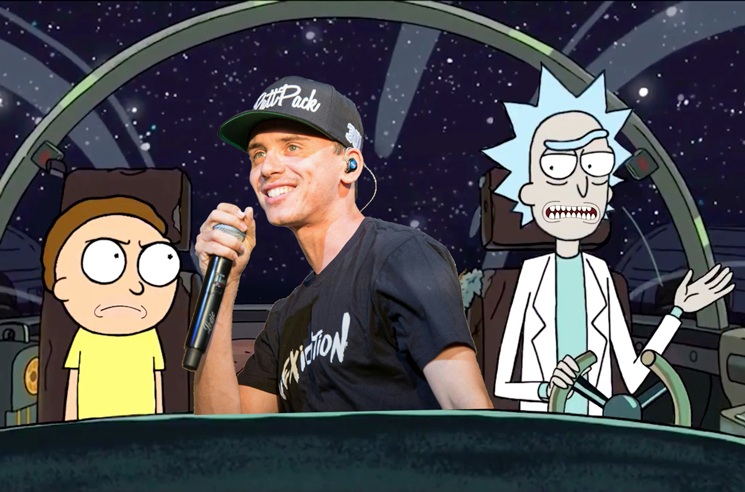 A string singles from Logic has lead to an announcement that he’ll be delivering a new mixtape this Friday (March 9), and to break the news, he’s got some help from a pair iconic cartoon characters.

Taking to social media, Logic announced that his Bobby Tarantino II tape would arrive this Friday. In the accompanying clip, Rick and Morty debate the merits “album Logic” versus “mixtape Logic” when deciding what music his to play in the spaceship.

“Of course I love Logic. Who doesn’t like Logic? You gotta be a fucking idiot if you don’t like Logic,” Rick says before asking to hear “mixtape Logic,” adding, “I’m in the mood to turn some shit up, Morty. I’m not in the mood for a message about how I can be whatever I want.”

You can watch the clip in the player below. Of course, Logic appeared on Rick and Morty during the show’s third season last year.