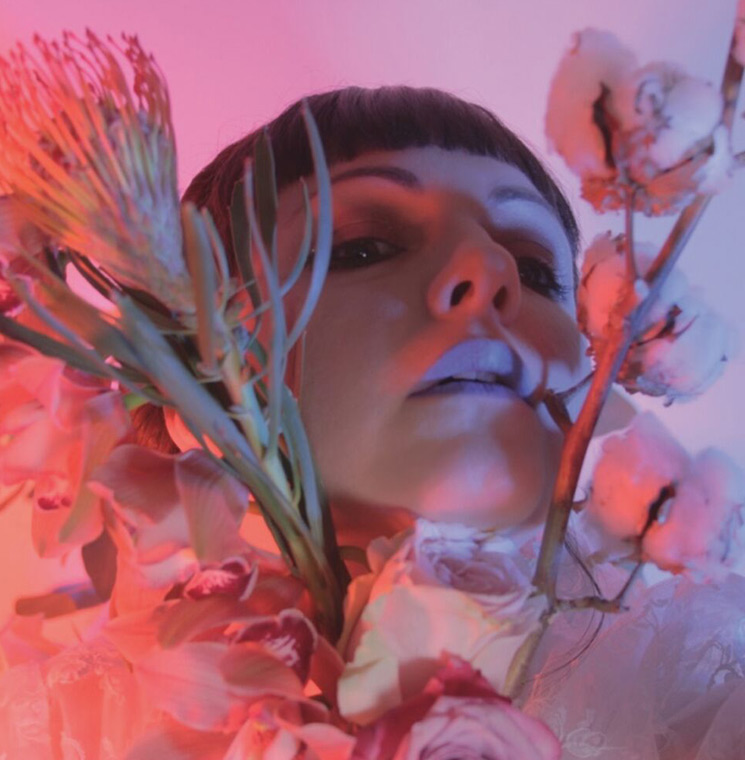 After recently promising a new album was on the way, Vancouver electronic-pop experimenter Lief Hall has announced all the details behind the upcoming full-length, as well as shared its second single “Lead Blood.”

Titled Roses for Ruins, the full-length is set to touch down digitally on April 6 Aqua Aura Records. The former MYTHS/Mutators member recorded the album at the Noise Floor on Gabriola Island with Jordan Koop. Lending various acoustic instrumentation to the record were Elisa Thorn on harp, Byron Peters on drums, Martin Reisle on cello and Koop on guitar.

A press release promises this the new collection:

Roses for Ruins is collection songs which blends electronic beats, foreboding synths and haunting vocal harmonies into pop-flirting melodies which explore the connection between the personal and the political, nature, technology and the subconscious.

The newly shared “Lead Blood” apparently then brings these themes in sharper focus.

As Hall explained, “I chose to release ‘Lead Blood’ as the second single from the album because it differs distinctly from the first single, emphasizing the electronic production and evoking a more industrialized and technological landscape. Both tracks express elements that run through the whole album which interweaves metaphors natural and technological landscapes while mixing pop with the avant-garde.”

You can check out “Lead Blood” for yourself below. It follows the recent premiere the album’s title track, whose video you can watch here.

Roses for Ruins marks Hall’s first full-length since 2014’s Voices, which was followed by the Transform EP the following year.

In addition to the new album announcement and song, Hall has lined up a series upcoming North American tour dates with ERAS. You can find those below the album’s tracklist, and that’s the album cover up above.