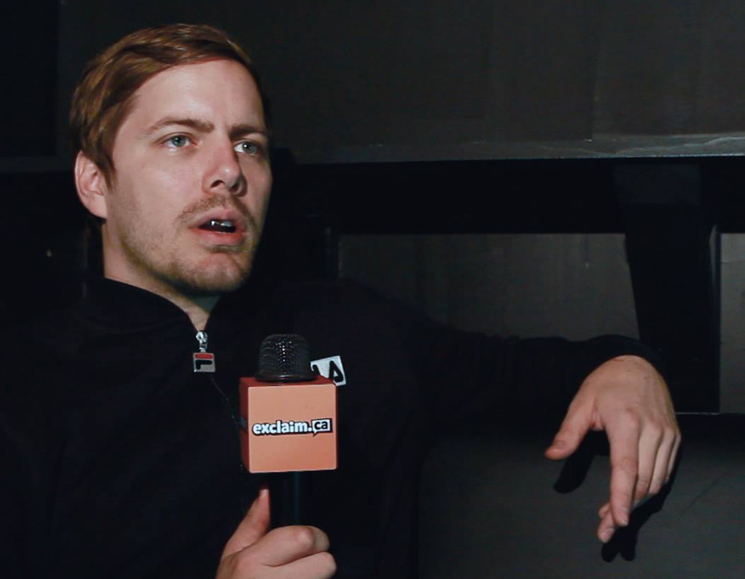 Following an appearance at 2013’s installment This Is Hardcore Festival in Philadelphia, the members Trapped Under Ice stepped away from the group to focus on other material — namely Turnstile and Angel Du$t. Vocalist Justice Tripp tells Exclaim! TV’s Aggressive Tendencies that it was a time becoming “more self-aware.”

“On a personal level, I think it was really good for all us to take time away from focusing on this one specific creative project,” says Tripp.

After intermittent live appearances throughout the last two years, 2017 saw a full-fledged return TUI in their latest release, Heatwave. Tripp feels that the reunion was “a very healthy decision.”

“Taking some time away from being a band maybe helped people who like the band. No matter how much you like something, you don’t want to see it all day, every day,” says Tripp. “How many times can you see Trapped Under Ice before you need a break?”

Heatwave received some criticism for lacking the hard edge that was heard on earlier records like Secrets the World and Stay Cold, and trading it for a sunnier, more flamboyant sound. Tripp finds the feedback “interesting,” because he does not see the new material as a far-f detion.

“After time away from being a band, I think people expect that next crazy step. A more extreme version whatever the band was last, wherever the band left f. I feel like that works against bands. I always use the analogy a character sketch a person. You become this cartoon version your band — a silly version it.”

Throughout the down time, Tripp, alongside Brendan Yates (TUI drummer and Turnstile vocalist) and Dan Fang (drummer Turnstile/Angel Du$t/Praise), started Pop Wig Records. The label put out TUI’s Heatwave over the summer and also have records from Turnstile, Bugg and Primal Rite under their belt. Tripp describes the business experience as “crazy” and “hectic.”

“It’s been a lot a lot my energy, a lot my focus in my life,” Tripp explains. “Outside even being a business thing, the help that we’ve received from Run for Cover Records] … They’re very helpful. They’re a part our team.”

The self-release Heatwave was also a notable shift for the Baltimore-based band, who had primarily worked with Reaper Records prior to their latest album.

“Patrick Kitzel, owner Reaper Records] is a best friend to all us, and he gave us a lot direction and did so much to sculpt the band,” says Tripp. “We only have each other to let down and do entirely what we feel good about and not even worry about if the record is going to sell or not. Who fucking cares? We’re just going to do what we like, and if people fuck with it, they fuck with it. To truly just do what you think is best and what you think is coolest and then see that people agree with you is a really good feeling.”

As for the future their other bands, Tripp insists not to worry about their future.

“We just do what we can to make it work out between all the bands,” says Tripp. “We try to make the most our time, and that means that Brendan is basically on tour forever. Brendan never gets to go home. He’s a slave to rock’n’roll music. Daniel and Pat Fang and McCrory, respectively drummer and guitarist both Angel Du$t/Turnstile] are in a similar boat. We’re definitely an active band and we’re going to be doing stuff. Right now it’s committed to Trapped Under Ice.”

You can watch the entire interview with Trapped Under Ice on Aggressive Tendencies in the players below.