One of the best Nike Basketball lines over the last few years has come courtesy of Paul George. Unfortunately for George, he was eliminated from the playoffs last night so any colorways of his PG 3 that come out over the next few weeks won’t be seen on an NBA court anytime soon. There have been some great PG 3 models over the last few weeks and now, we’re getting one more colorway which as of right now is being dubbed “iridescent.”

This particular model is very simple as it sports an all-over black upper and white midsole, although it’s the details that give the shoe its name. The Nike swoosh on the side and the lace cage on each side of the sneaker are dressed in a sparkling iridescent flow that will surely add some flare out on the court. The iridescent details are fairly subtle so they won’t be too flashy out on the court.

If you’re looking to cop these, they’ll be available on May 1st in Japan and will be released globally on May 24th for $110 USD. 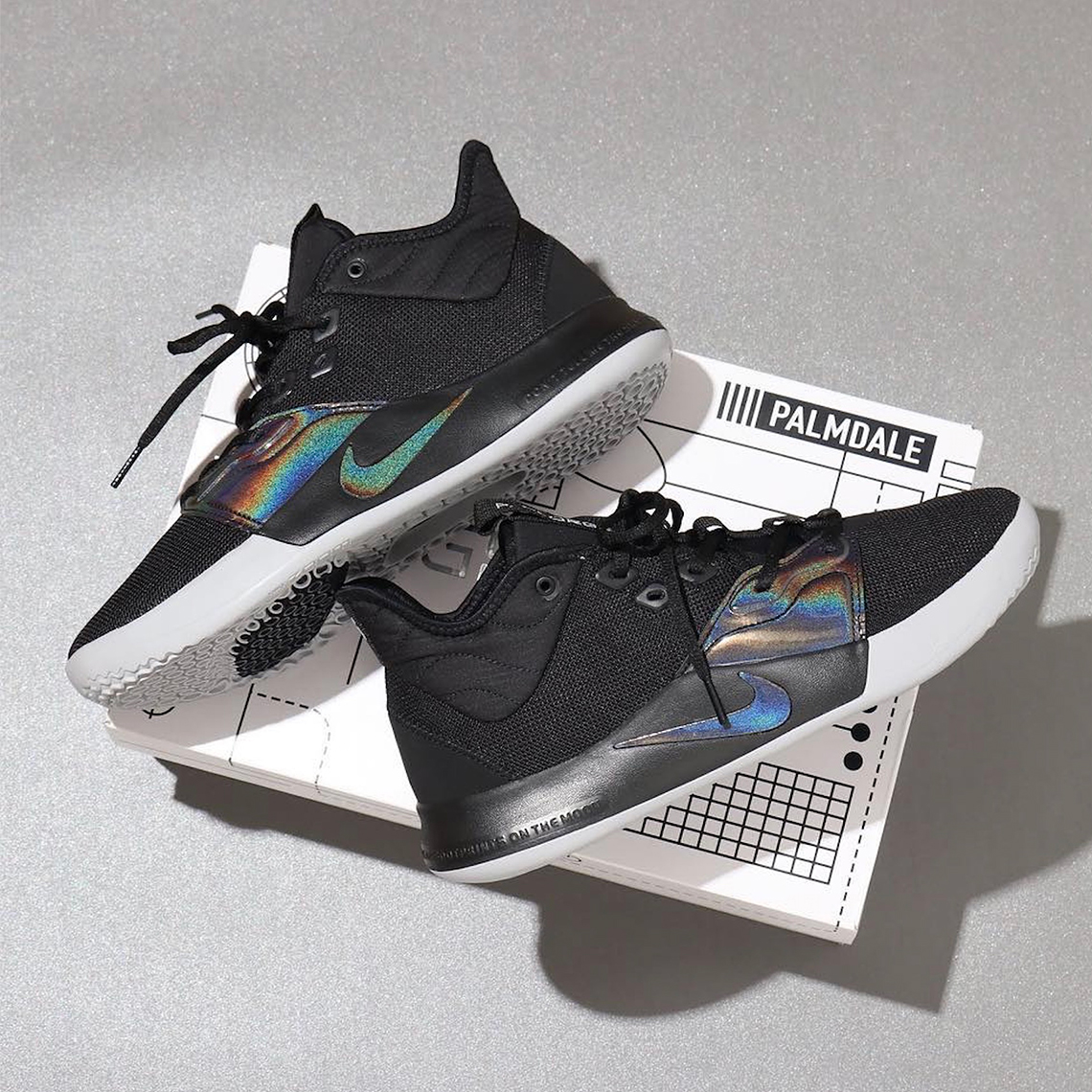 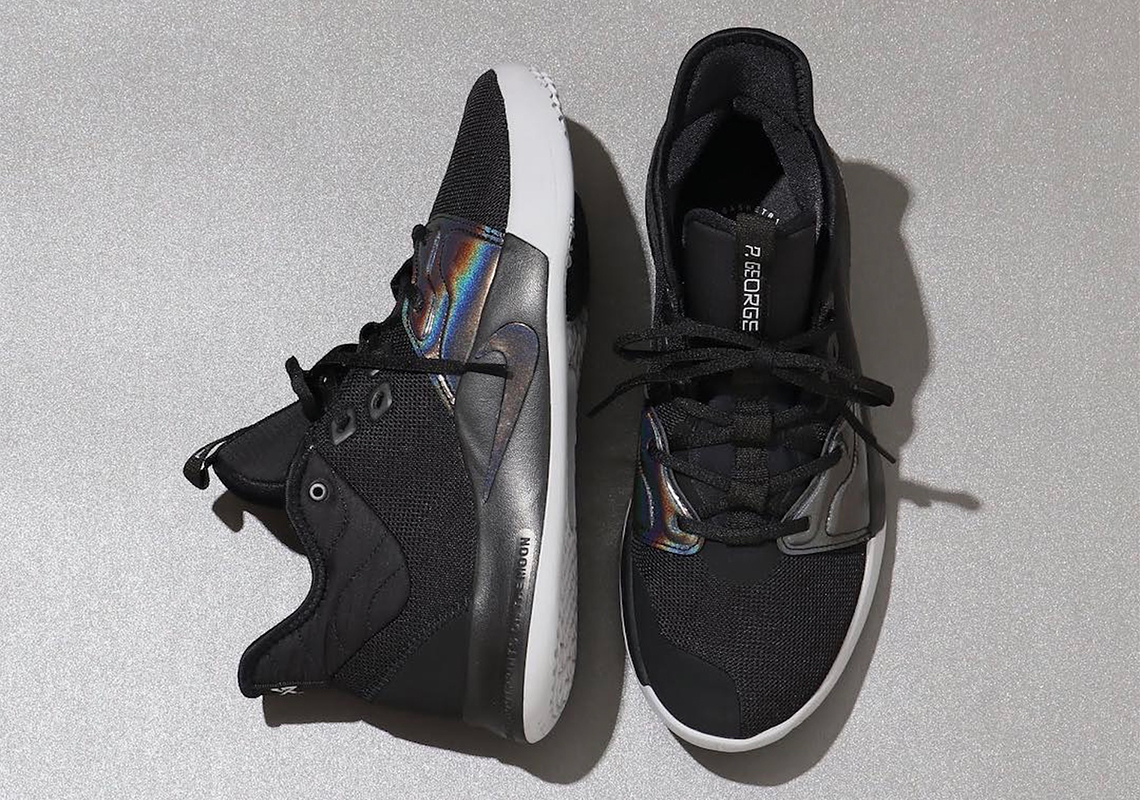