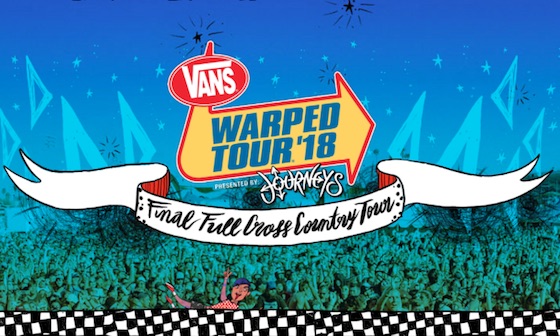 This year, Toronto will be included in the Warped Tour’s itinerary, but the news is bittersweet. After all, it will also be the last-ever travelling edition the fest. Going out with a bang, the long-running punk-adjacent fest has announced its final lineup.

Watch a video announcing the acts below. The Warped Tour will make its one Canadian stop in Toronto on July 17 at the Flats at Budweiser Stage. You can find the rest the itinerary here.

While this is the last-ever travelling edition the event, founder Kevin Lyman has promised a special event for the fest’s 25th anniversary in 2019.