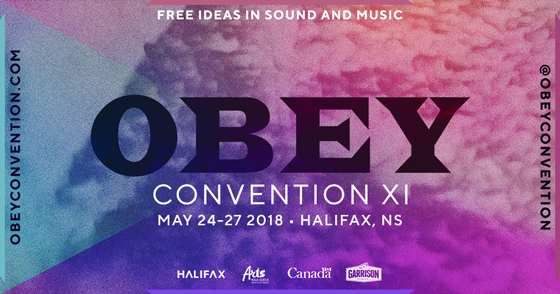 Halifax’s OBEY Convention is set to take over the city for its 11th year this May, and ahead time, organizers behind the fest have revealed the first round artists set to take part in the 2018 event.

Taking place from May 24 to 27 in a variety venues around Halifax, this year’s OBEY Convention will so far feature performances from NÍDIA, ONO, Pharmakon, Sarah Hennies, Liu Fang, i dm theftable, Joseph Shabason and Anaďs Maviel.

The festival is also set to include he EverySeeker Symposium (a daily dose educational insight), an International Drone Day celebration, the Canadian premiere Sarah Hennies’ experimental documentary Contralto, and O’BABY (an immersive drop-in workshop for children and caretakers). This aforementioned programming is free, all-ages and open to the public.