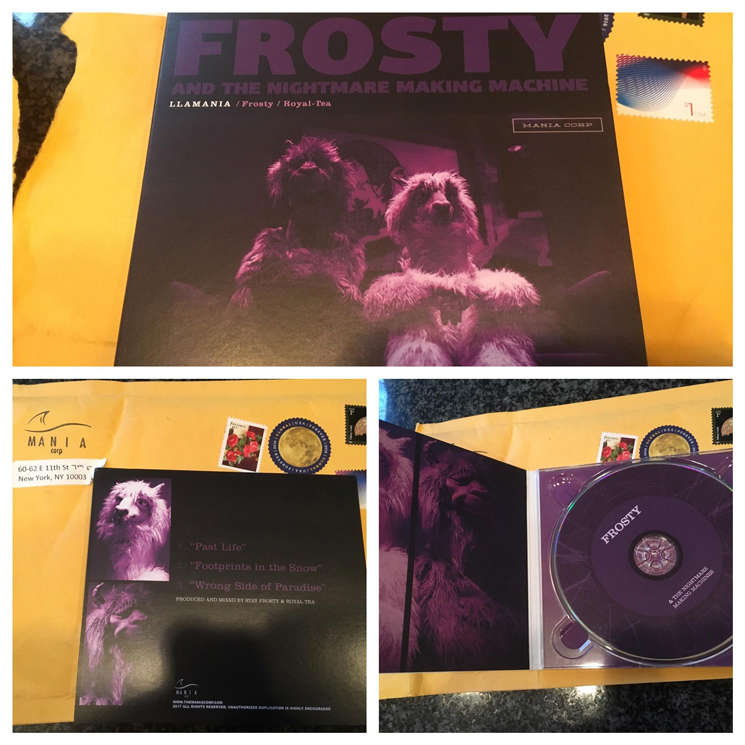 A little over a month removed from delivering their M A N I A album, Fall Out Boy have now shared three new tracks as a new EP titled Llamania.

The trio tracks are billed as songs from the band Frosty & the Nightmare Making Machine, and you can hear all three in the players below. A user had first received a hard copy three-track release in the mail.

After being asked about the surprise release by a listener on Twitter, bassist Pete Wentz revealed that the trio tracks were scrapped demos.

“When we pushed the record back- we felt like we wanted to thank everybody for being patient,” he wrote. “So these are three demos we scrapped that will never be finished…”