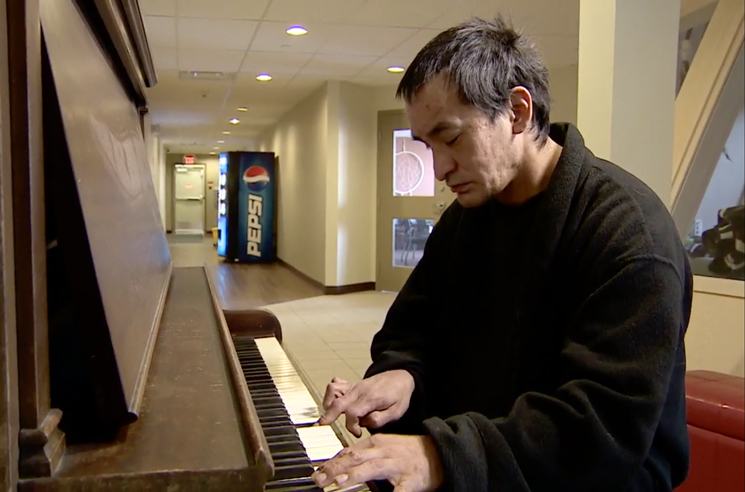 Ryan Arcand — a member the Alexander First Nation known best as Edmonton’s piano man — has died. Arcand passed away peacefully at his supportive housing unit last Friday (March 2), the CBC reports. He was 46.

Arcand’s talent with the instrument was discovered while he was living on the streets in 2014, when a stranger heard him playing a piano in Edmonton’s Churchill Square. The woman, Roslyn Polard, asked if she could take a video his performance, which she then uploaded to YouTube.

The clip drew nearly 800,000 hits in 24 hours after being posted and now sits at well over 11,000,000 views. It features Arcand playing a heartbreaking original composition, and you can watch the video the performance down below.

In a 2014 interview, Arcand told the CBC that he and his brother were taken from their home on the Alexander First Nation by social workers as young boys. He first discovered the piano in the basement a foster home at eight years old, teaching himself to play.

“It was as though we were meant for each other,” he said his discovery. “You’re looking at the piano and you’re falling in love with it.”

In 2015, Polard’s viral clip had raised enough funds for her to buy him his own electric piano.

In more recent years, Arcand’s struggles with addition, mental health and homelessness found him moving between supportive housing programs and the streets in the last years his life.

A memorial will be held for Arcand on the Alexander First Nation on both Friday and Saturday this week before he is laid to rest over the weekend.