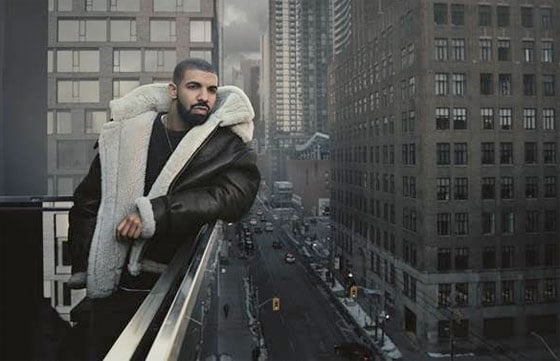 Drake has been all about giving back lately, but someone who has come into possession an old notebook from the rapper might be poised to make a mint f him as the item heads to auction.

As TMZ reports, the spiral-bound notebook contains 12 pages lyrics, including what appears to be his own rewrite the Notorious B.I.G.’s “Ten Crack Commandments,” titled “10 Mack Commandments.”

The notebook, which you can pore over scans here, also features multiple signatures as Aubrey Graham, personal notes, phone numbers and credit card numbers. The signatures inside the notebook resemble those that he uses today.

Gary Zimet, owner autograph auction site MomentsInTime.com, told TMZ that the notebook was found 10 years ago in Drake’s grandfather’s furniture factory in Toronto. Zimet added that it was nearly tossed before someone on the factory cleanup crew grabbed it for auction.

While it’s unclear when each entry in the notebook was written, the copyright on the cover page is dated 2002.