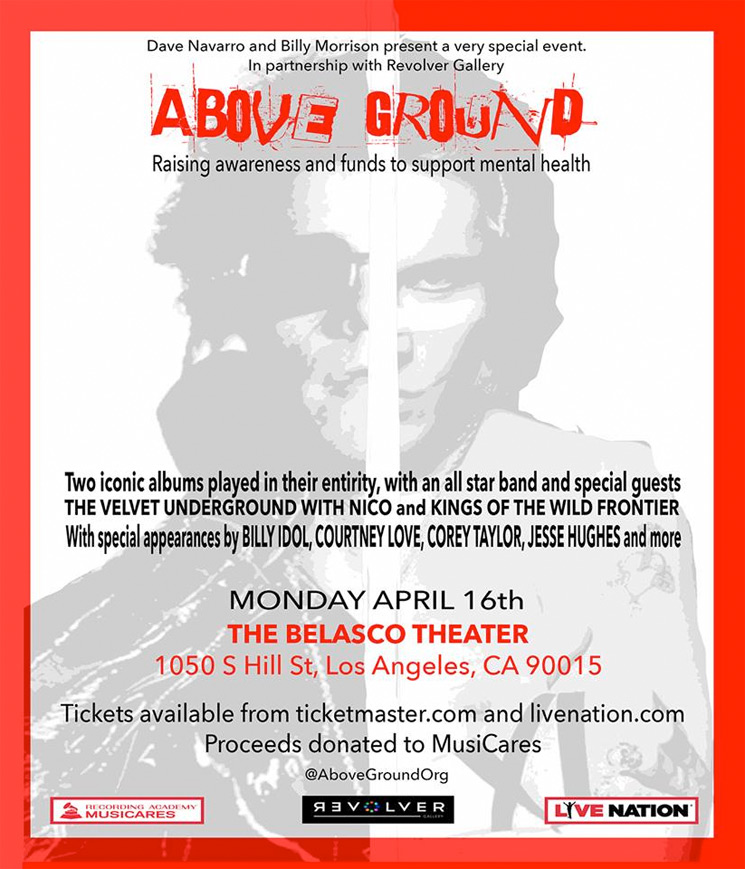 After a year in which he saw peers take their own lives after mental health struggles, Dave Navarro is assembling a who’s who music stars for a mental health charity concert.

“After losing too many friends to suicide and depression, and having suffered personally with a wide range mental health issues, we want to raise awareness and funds for the treatment mental health,” Morrison said in a video.

Navarro added that the two albums will be performed “in their entirety — exactly as they were recorded and released on vinyl.”

You can find their preview below.