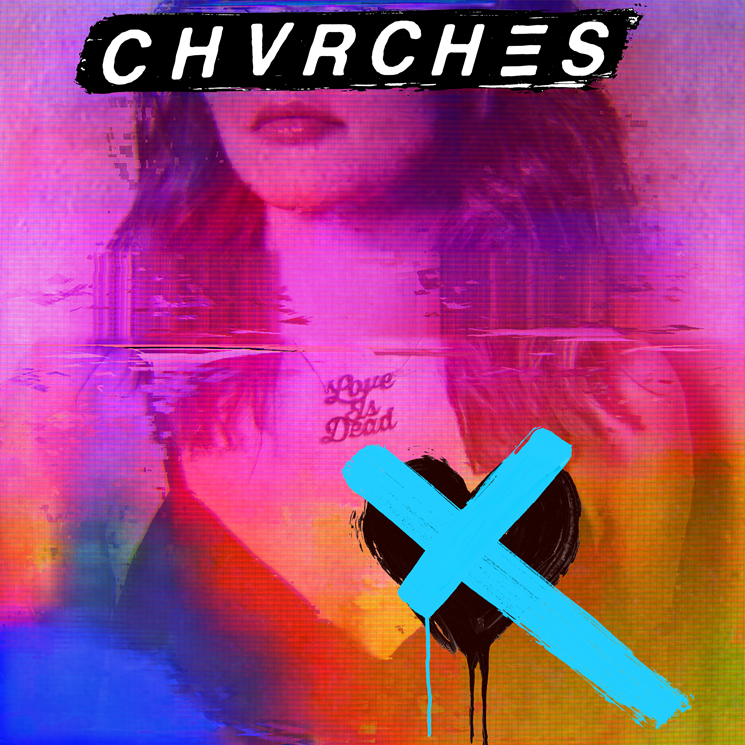 After teasing the arrival a new record, Chvrches have now lifted the curtain on their forthcoming full-length.

Titled Love Is Dead, the album runs 13 tracks in length and is set to arrive May 25 through Glassnote. Nine tracks on the album were produced by Grammy Award-winning producer Greg Kurstin, with the band amassing a cache 30 songs through casting a number other collaborators for the role.

“It wasn’t about changing our writing] process, it was about finding the right person to fit into the process,” the band’s Martin Doherty tells Exclaim!. “And that quite possibly could have been no one.”

Following single “Get Out,” the group have shared a second taste what’s to come from the disc with “My Enemy.” The track features an appearance from Matt Berninger the National, and you can hear it in the player below.

“We’d played a lot festivals with the National] and we just kept in touch,” Mayberry tells Exclaim!. “We had this demo kicking around and we kicked the idea around, like ‘I can totally imagine him singing it,’ but then I had to actually email him. I was like, ‘He’s not going to say yes,’ and within half-an-hour he’d replied ‘Yeah, I really like it, send me the stems, I’ll do it tomorrow.’ He’s the most organized man in rock. It was a real bucket list moment.”

Find the tracklisting for Love Is Dead below, and read our conversation with the group here.