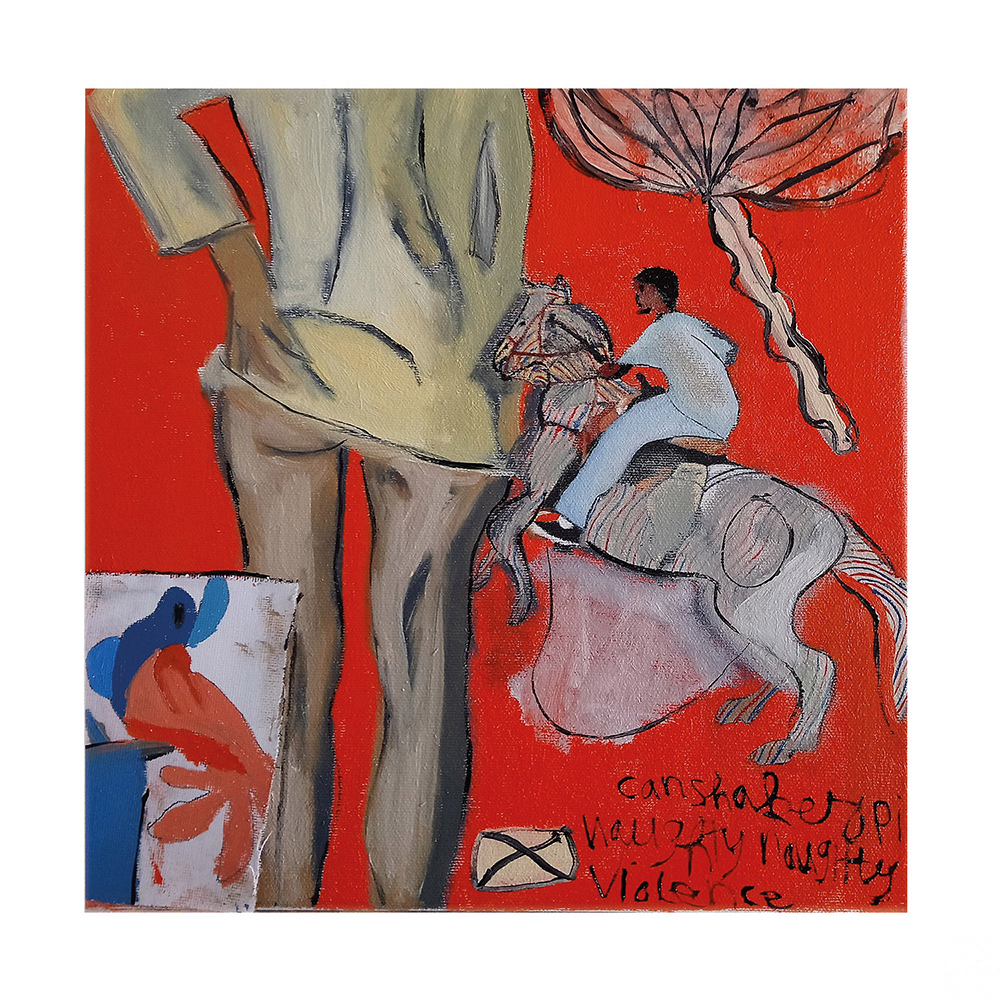 Having spent the last few years supporting artists such as Car Seat Headrest, Parquet Courts and the Cribs, Amsterdam-based rock quartet Canshaker Pi have announced their sophomore record. Naughty Naughty Violence is due May 4 on Excelsior Recordings.

Along with the tracklist and artwork comes cheeky lead single “Put a Record Out,” which finds them adding a post-punk flair and the Fall-esque cynicism to their f-kilter rock sound. Say the band about the new track, “To us, ‘Put a Record Out’ is the ultimate party noise and our take on what true and epic motorcycle rock’n’roll should sound like.”

You can hear “Put a Record Out” below.

Naughty Naughty Violence follows Canshaker Pi’s 2016 self-titled debut, which was produced by Pavement frontman Stephen Malkmus; the band spent their time between records doubling down on their Pavement influence thanks to a European tour opening for Malkmus’s former bandmate, Scott “Spiral Stairs” Kannberg.

That’s the cover art for Naughty Naughty Violence above, while its tracklist can be found below.