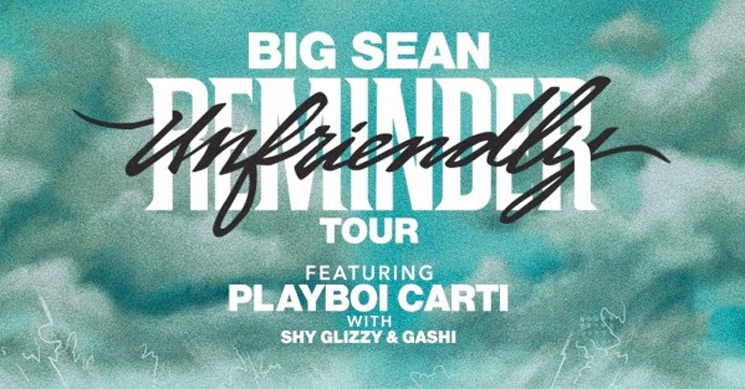 Big Sean is hitting the road again with a North American tour, and this time, he’s bringing along Playboi Carti.

Big Sean announced his “Unfriendly Reminder Tour” this afternoon, confirming not only Playboi Carti for the trek but also Shy Glizzy and GASHI. Starting in mid-April, the trek will hit up 31 North American cities, including several here in Canada.

The tour will touch down in Vancouver on May 3, Edmonton on May 5 and end in Toronto on June 3.

A press release promises, “Big Sean will perform fan favourites spanning his entire discography, going beyond a normal album tour.” It also explains the following: “The ‘Unfriendly Reminder Tour’ will be a celebration Big Sean’s decade long career signed to G.O.O.D. Music and pay tribute to his fans. Each fan will be able to vote and choose their top 20 songs for their respective cities and help curate the set list from his entire discography.”

Voting will open on Thursday (February 8) at uknowbigsean.com.

You can see the complete schedule down below.