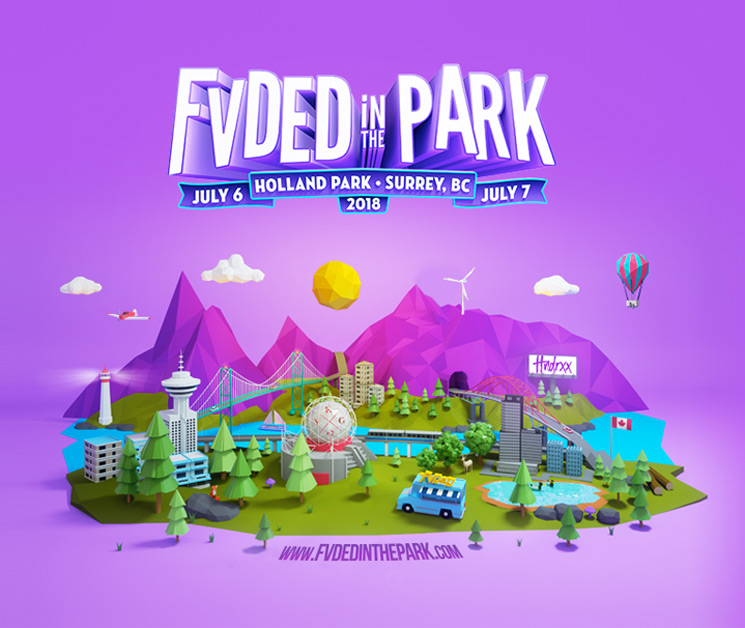 Once again, the stacked FVDED in the Park festival is returning to BC. It’s set to touch down in Surrey’s Holland Park just outside Vancouver on July 6 and 7, and as could be expected, its lineup is bursting with A-listers.

Toping the bill for the festival’s fourth instalment are Future and Kygo. They will be joined by the likes Kaskade, A$AP Ferg, Kehlani, Brockhampton, Illenium, Rezz, NAV and London On Da Track, among many others.

You can see the complete lineup listed below.

“Once again, we are thrilled to be back with our favourite event the year FVDED in the Park where all genres today’s hottest music come together,” said Blueprint founder Alvaro Prol in a statement. “And this year promises to be better than ever with increased capacity for bigger crowds, an edgy, high-calibre lineup and state–the-art stages that serve as the perfect backdrop for all our artists.”

Tickets to the two-day festival will be released on Thursday (March 1) at 11 a.m. with 19-plus VIP area passes available to purchase as well. Single day lineups will be announced in the coming weeks, and single day tickets will also available at that time.