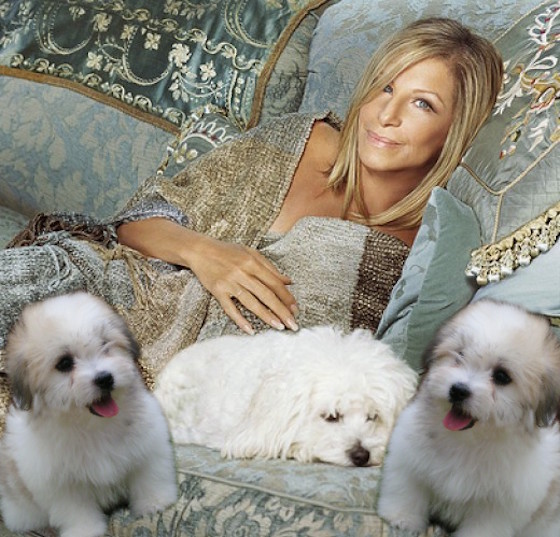 The ultra rich have not figured out the secret for their own immortality just yet, but it looks like they may have cracked the code on their pets. After all, Barbra Streisand has made not one but two clones her dead dog.

The movie star and crooner is on the current cover  Variety magazine, where she discussed various aspects her life. Most shockingly, however, she revealed the scientific experiments that resulted in two copies her late Coton du Tulear dog Samantha.

Samantha passed away in 2017, but before she died Streisand had scientists take cells from her mouth and stomach so that they could create two copies. As a result, Miss Violet and Miss Scarlett were conceived. The dogs are named after their respective outfits — Violet is draped in lavender cloaks while Scarlett wears red.

“They have different personalities,” Streisand says. “I’m waiting for them to get older so I can see if they have her Samantha’s] brown eyes and seriousness.”

Scarlett and Violet are joined by Miss Fanny, a cousin the late Samantha. Streisand told Variety that she wanted a portrait taken her with her three pups. She would call the image “Send in the Clones.”

Watch a video about Streisand and her cloned dogs below.