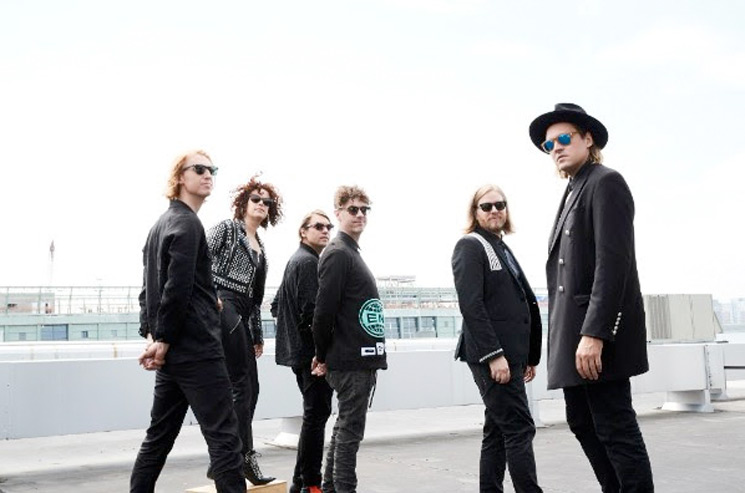 Having already earned themselves four nominations at this year’s Juno Awards, Arcade Fire will now have the honour playing live at the awards ceremony next month.

The news was confirmed today by the Canadian Academy Recording Arts and Sciences (CARAS), who also announced that the band would be presented with the Juno International Achievement Award at separate gala on March 24.

“One the best live shows that travelled across North America last year was Arcade Fire’s Infinite Content tour and we are excited to have them bring it to the Juno stage,” CARAS president and CEO Allan Reid said in a statement. “We are also thrilled to recognize Arcade Fire with the International Achievement Award. From Funeral to Everything Now, they have inspired us not only through their music but also through their social activism.”

The news Arcade Fire performing at the awards ceremony comes after Juno organizers axed a scheduled performance from Hedley. The Canadian pop outfit’s performance was cancelled in the wake sexual misconduct allegations against the group.

The 47th annual Juno Awards ceremony will take place in Vancouver on March 25 at Rogers Arena starting at 5 p.m. PST/8 p.m EST, and Michael Bublé will return as the host. The show will be broadcast and livestreamed CBC.