Alonzo Mourning is a Miami Heat legend, having won a championship with the team and spending 11 seasons with the organization. Mourning is now in the basketball Hall of Fame and the 49-year-old has been enjoying his retirement immensely. Back in February, Mourning split up with his wife of 22 years who he had met back in 1980 and had three kids with. Now though, it looks like Mourning is back to his rebounding ways, except this time the rebound comes off of the court.

In new a picture obtained by TMZ, Mourning was seen on a beach in Miami with a mystery woman hanging on his arm. Mourning, who looks pretty jacked despite retiring over a decade ago, seems to be enjoying himself with the new lady who had on a turquoise beach dress and a martini glass in her hand. 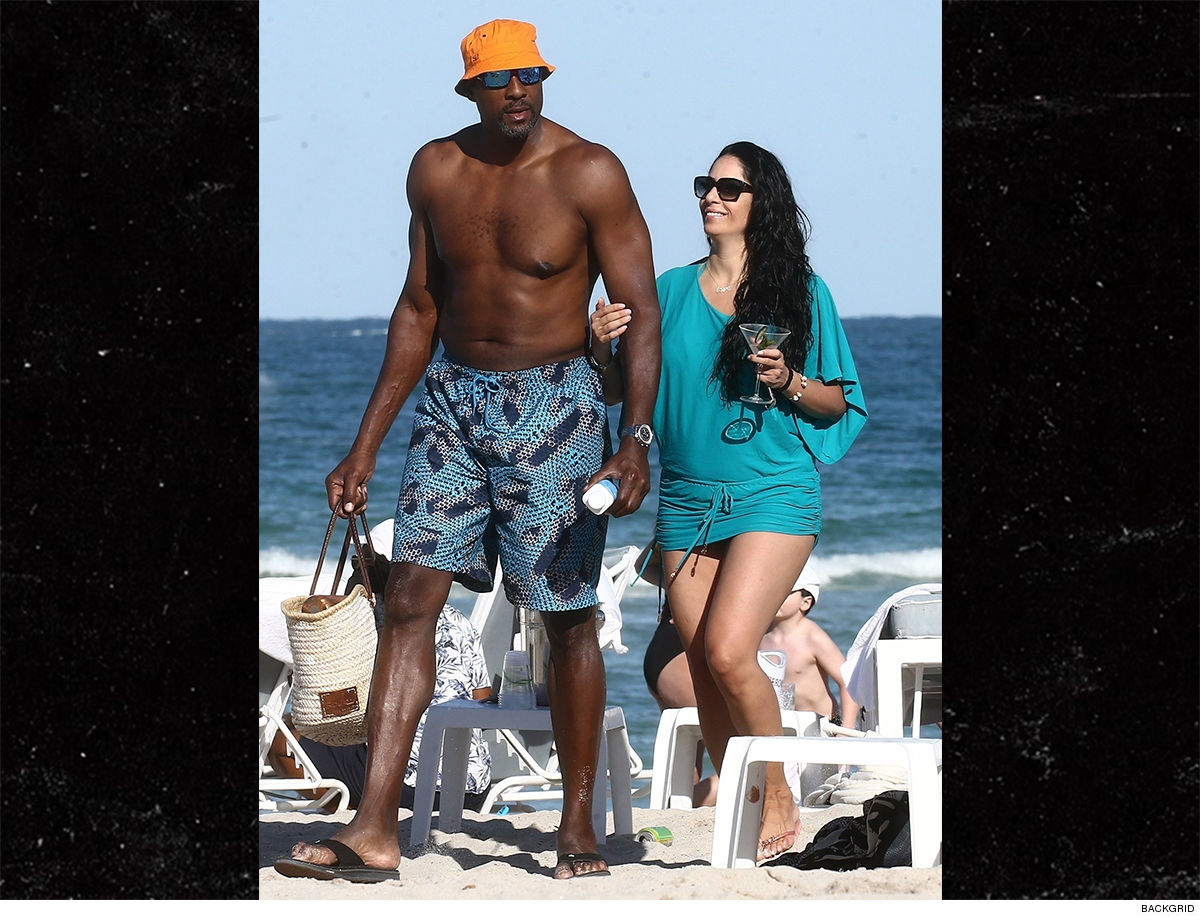 Mourning has remained a part of the Miami Heat while in retirement as he currently works in the front office as part of the player development team. Mourning made $147 million throughout his playing career which doesn’t include endorsement deals.

Clearly, Mourning is a big fan of Miami and all of the perks that come with such a beautiful city.