Alkaline wasted no time in taking a swipe at Vybz Kartel over his illness.

Urban Islandz published a photo Vybz Kartel from behind bars on Wednesday which raised fresh concerns over his health. Some Gaza fans are the view that the photo is not authentic, but we can confirm that it came directly from Kartel’s camp. Alkaline and his close friend Gego Don took some shots at the incarcerated deejay on the Gram last night.

Some dancehall fans proceeded to call out the Vendetta deejay for making the comments in light what could be a serious illness that the dancehall deejay is battling while in prison. “Alka even though me is a fan your music I don’t think you should be making light something like this because it can happen to you or anyone your family members, time and place bredda,” one fan wrote. 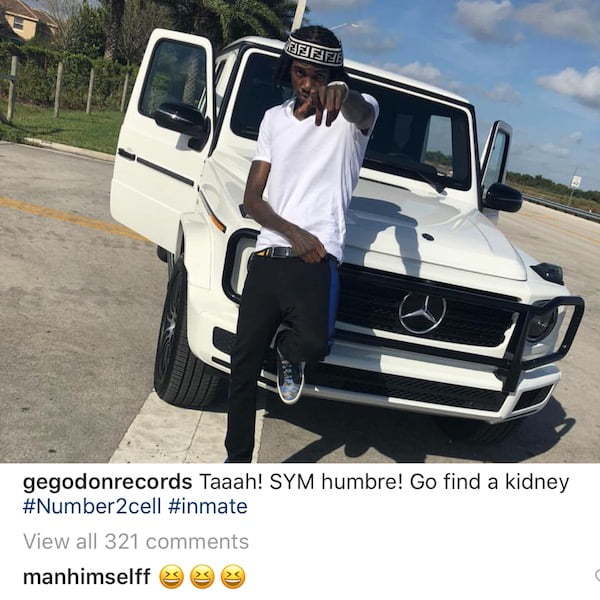 “For somebody who live in a Kartel style you shouldn’t even a come nuff up yourself,” one Gaza fan wrote. “Go find a hit song because your thing drop f nutten naan gwaan for you from yo start flex with the Gully pad.”

Alkaline and Vybz Kartel have been beefing for years and both dancehall artists regularly drop subliminal shots at each other. It’s only a matter time before the Worl’Boss clap back at the Vendetta leader.

Last week, Alka took a swipe at another one his dancehall enemies, Popcaan. The Unruly Boss responded with a lengthy statement telling some dancehall artists to focus on putting out quality music that can leave a footprint on the global music market. He received a round applause from several dancehall artists including Bounty Killer and Queen Ifrica.