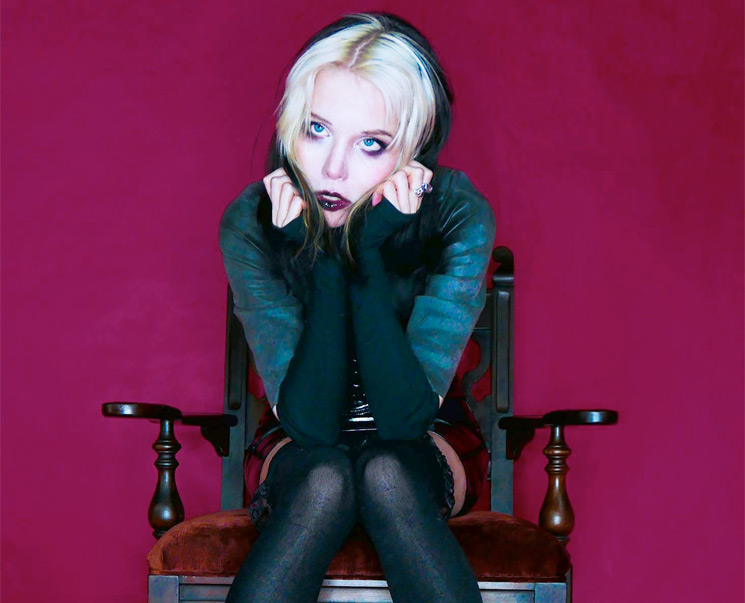 Former Crystal Castles singer Alice Glass has been making headlines recently after accusing her former bandmate Ethan Kath rape and years abuse. And while Glass explained that Kath’s defamation lawsuit against her for speaking out has now been dismissed, she has now addressed her battle with Kath, as well as what she views as her role in the #MeToo movement, in a new interview.

Glass spoke to recently announced tourmate Zola Jesus in a new piece for Interview Magazine, and during the pair’s discussion, Zola Jesus asked Glass about the recent situation with Kath.

That section their conversation reads as follows:

JESUS: Would you be okay talking about the situation with Ethan, or would you rather not cover that?

GLASS: I definitely want to speak about the #MeToo movement and what’s been going on and why I wanted to come forward with everything. I feel like who the victimizer is doesn’t even matter. I would personally rather hear about the victims than the victimizers. All the women who have found the courage to come forward are inspiring. I really wanted to be a part that conversation. Abuse lives in silence, and I don’t want to be a part that silence anymore. It felt like, at some point, my silence was doing nothing but creating a climate for other people to be taken advantage .

JESUS: It’s empowering for you and so many other victims to stand up and go, “Look, this happened to me. It’s not only my burden.” It’s almost like you’re releasing the burden, and we’re all taking it on with you. I really respect that, and I’m glad you did that. What has the response been like?

GLASS: From my fans and other people who have reached out, it’s been way more positive than I would have anticipated. I tried to stay fline and not read too much about what people think because it’s easy for people to make statements when they don’t know all the pieces what’s been going on for over a decade my life. I didn’t want to be influenced by strangers’ perceptions. That’s part why I didn’t do interviews, because I was afraid what people would think about me. I put way too much emphasis on people’s interpretations me and what I say. That’s completely draining and depressing.

In addition, Glass also talked about her upcoming debut solo album. She explained a lot the songs from her 2017 EP will be on the as-yet-untitled LP, as well as previous collaborators.

Speaking the forthcoming album, Glass said, “Jupiter and I collaborated on a song with Illangelo that we might use. We did a song with Dreamcrusher, who’s my favorite noise-punk musician. We also went to Atticus Ross’s space; he has all these cool modular synths. Part the appeal modular synths is that you can never replicate the sounds that you make. If you have it in the moment, you better record it because otherwise it’s gone forever.”

And while it’s unclear when the album could see release, you can see all the dates for Alice Glass and Zola Jesus’ joint tour over here. You can also read the entire Interview Magazine piece here.