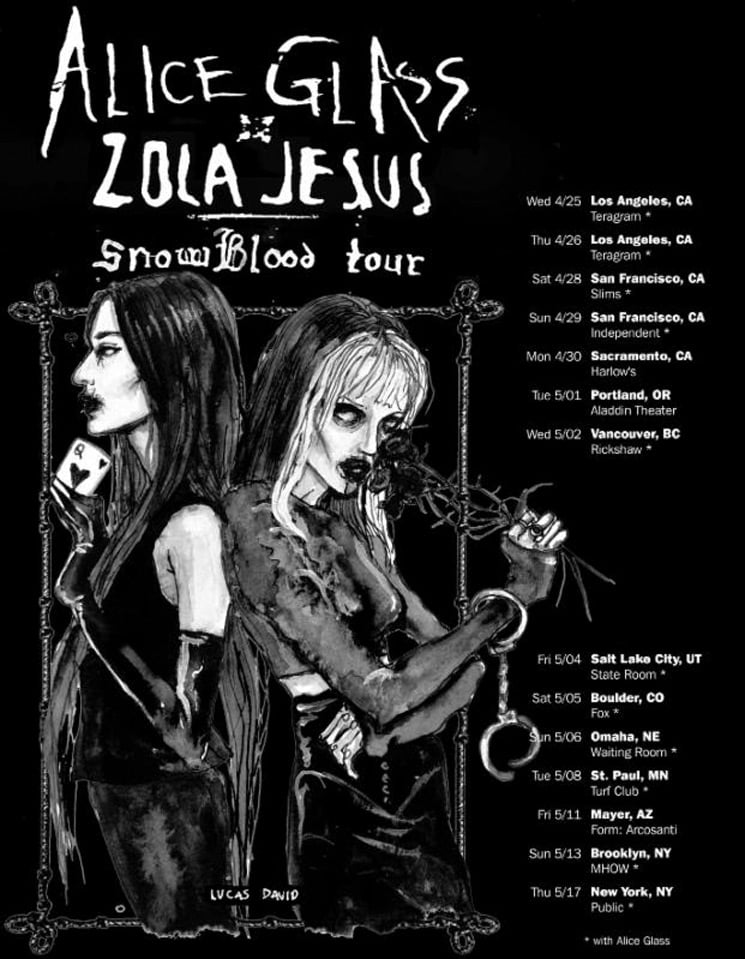 Glass will pair up with Zola Jesus for journey called the “Snow Blood Tour.” The trek includes a string concerts in the U.S., as well as in Vancouver on May 2. Glass will also be playing a newly announced Toronto show with Pictureplane on May 11 that’s not part the tour.

You can see the full list newly announced dates below. Tickets go on sale Friday (February 23).

The tour follows the recent video for Glass’s track “Cease and Desist,” which marked her first new song since her debut solo EP.

As previously reported, Glass is currently embroiled in a legal battle with her former Crystal Castles partner Ethan Kath, who she has accused various forms physical, mental and sexual abuse.

Following Glass’s accusations, Kath filed a defamation suit against her, and that case is set to be heard in a California court on Friday in L.A.

* with Zola Jesus
^ with Pictureplane